10th anniversary, it seems unreal that a moment in time that is so vividly recalled could be so long ago.

The particulars of where any of us was is less interesting than the sense of unreality, the astonishment of seeing other people going about their day as if it were any normal day – even though they were fully aware of what had happened, but apparently without consideration of what the events meant, could have meant, and still mean.

9/11 was not just putting the US on notice that it’s shores and people are within reach of any enemy of the American State – the USA’s collective bubble that war and it’s impact is something that occurs over there, somewhere else; that America can exist without suffering the consequences of it’s modern foreign policy or the stand taken by the founders in declaring the United States of America’s existence, the social experiment of the individual as the unit of consequence and not the family, the tribe, the community as defined by ethnic and cultural signifiers – of which, religion is a major signifier.

I think that this is why Americans do not learn about the wars with Canada in the 1800’s, or if they have, these are reduced to mere border skirmishes or Canada just being a staging ground and these wars were merely part of the war of independence from Europe. This way, they can pretend that they have never been attacked on their ground – never mind that it was Canada who set fire to the president’s home office and it was white washing over the smoke damage that the place became known as the White House. The name stuck, but the cause was forgotten and the  covering up reality with a bold mythos became the new reality.

So Pearl Harbour becomes the galvanizing and rallying moment – the first collective bruising and 9/11 the first peace time assault and wound. Deeper than the earlier cuts, because it was so unexpected, unprecedented, so from outside the bubble that it seems that it was more inevitable, obvious even, to all but those within the cultural bubble, that consequence free existence that is usually limited to only the most paranoid of dictators. Well, not counting the constant vigilance and paranoia – wearing enough on their own, even with being ended by the equally inevitable coup – which can be the only means to depose the exceptionally paranoid who seeks to destroy anticipated enemies.

Aside: I suppose that this is why the earliest myths are of kings putting babies to death, and in that seeking to eliminate enemies still in the cradle, only ensures their doom by the callousness of their actions – for how can a king be trusted to lead a nation, when he cannot trust babies.

But, America is not North Korea – although, I have begun to wonder if it’s only because they have to hold elections every four years, so no particular person becomes entrench and embattled at the top – they still take turns while the population marches lock step in the cultural wars that never end, but are fought over and over and over again in new forum.

I saw a website once, encouraging pregnant women to drive in High Occupancy Vehicle lanes (HOV lanes) in order to challenge the law and assert that the unborn count as a passenger – a very novel and unexpected mechanism to challenge Roe vs Wade in traffic court. It actually took me a few moments to understand the concept, because at first, I wasn’t sure if it was a joke or not – Poe’s Law proves so true that there’s really no exceptions.

Which, makes for interesting analysis of 9/11 – on the heels of the suggestion that American foreign policy on Israel is to support that state in order to meet the conditions for Revelation – because then George W Bush’s failure to act on intelligence reports dating back to the Clinton ear, the US seemingly to allow 9/11 to happen without resistance, without attempts to mitigate, seems to start to make startling sense in a far more insidious fashion than even 9/11 Truthers could imagine…

Quotes depend on context, so, without apology to Margaret Mead

No matter what was intended, and who did or didn’t do anything and who sought an advantage and who sought to mitigate and who sought truth and who has tried to impose truth – there is truth to be gleaned – and that truth is that history has a way of coming to a head – whether it’s a slow rolling boil or a sudden burst of energy.

9/11 was a cumulative event and the first mass violent culmination of the clash between religious and secular thinking. Nothing in the history of religious violence could have prepared us for it – not even the crusades, witch trials or Inquisition, as these were all religion on religion violence.

There simply was not a secular world for religion to previously wage war upon – not until after the Magna Carta enshrined law and began the process of peasantry not being alive but for the whim of the King, not until after the founding of democracy and the individual becoming the unit of social consequence, not until humanist liberal thinking, which freed people from the social limitations imposed by accident or happenstance of birth, not until there was a secular world to attack.

Until 9/11, the attacks on the secular world were from within the democracy, the attempts by religious groups to blockade rational, secular and scientific education and thinking – and if not blockade it by banning thoughts from school, especially elementary school – since children are the future, with personalities firm and formed by 6 years of age and under the steep influence of formative experience – so getting them young is what brands the brain into consumer loyality, including the consumer’s marketplace of ideas. Where religion could not compete without massive peer pressure, apologetics and everyone playing nicely and pretending that there’s some merit, if not by sheer numbers of adherents as if, with access to education, economic participation and being of consequence that any followers would even be adherents – then at least through courtesy of respecting beliefs rather than respecting people’s right to – but not the actual belief.

Which is why religionists seek to “teach the controversy” – since this gives the appearance of ideas being at least equally valid even if they are not in fact equal. But, the religious ideas are not valid and have no claim to be considered valid on the face of them.

If we learn anything from 9/11, it’s that religion cannot be at peace with any competitor and that as long as religion has any share of the public square, there will be violence and cost to society.

What’s needed is a massive shift in thinking – religion is the new smoking.

It’s okay to be religious, but there needs to be a secular disincentive to allowing second hand religion to be imposed on or impact others.

The problem is less the extreme fundamentalists and more the moderates who by virtue of giving any credibility to religion, gives rise to the fanatics who are grounded in the moderates.

Without religious moderates, fanatics would be unvalidated, unsupported, unfunded, unprotected, unvarnished and without the veneer of respectability, of crediblity and of consequence that the moderates provide.

Education is the key – good science education, solid critical thinking skills and humanist approach to each person’s achieving their potential.

Isolation and homogeneous experience is the enemy of reason – if each of us believes that all other people are the same and we are the only ones who think or feel or beleive something contrary to the masses – we are isolated and alone – but, the more people and cultures we expose ourselves to – the truly universal things – the need for survival basics aside, but the need to love, to be loved, to be secure, to create, to endure, to thrive, to laugh, to be.

We are all people with the same needs and drives – but we need not all be the same – which is what religion would have us be – to be and live according to one idea, to be all the same in service and worship to something that is not proven to be real, that we are asked to accept on faith alone, on nothing more than the word of people now and through history who have benefited monetarily, socially and politically….

People who would convince the masses that the best reward is awaiting the people who suffer, who accept their lot, their station, their place in the world – this place being the bottom and as a follower…

Religion is an effective tool to control the masses, but the world is no longer run by a handful of kings and priests – there are 7 billion people, all of whom are deserving of more than playing atmosphere and extras – the story of the world is in that cast of hundreds of millions, billions – and not the handful of people who sought advantage or were born to advantage.

Religion is no longer the best tool in a world where literacy isn’t the exception, where the ability to control reproduction and infant mortality, change fatal illness and epidemics into manageable illness, where more people live in urban than rural areas and the fruits of our labour is no longer the fruits from the field.

Human scale is no longer what we produce with our manual labour, but has shifted to what we can imagine and bring about – human scale is the human mind – unlimited and unfettered. We are capable of paradigm shifts without a clutch.

We have only to determine the direction of the collective acceleration and not just allow shift to happen. 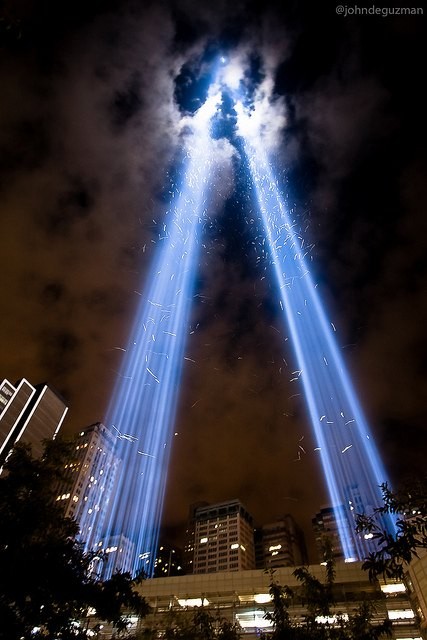