Random Ntrygg has been added to

You  can see the blogroll in my sidebar just above the  Atheist  Links. The Atheist blogroll is a community building service provided free of charge to Atheist bloggers from around the world. If you would like to join, visit Mojoey at Deep Thoughts for more information.

There’s a lot of confusion as to what an atheist is, even for people who call themselves athiests. I used to think of atheism as a specialty area of skepticism, and now I have realized that in the same way that I do not have to identify myself as an a-unicornist or a-bigfootist, that I also don’t have to identify myself as something that I am not.

Atheism is the moment when you reject religion. There might be stages of atheism, where you reject a particular religion or similar grouping of religions building to all religions or maybe you just don’t accept any part or all of all religions outright.

But, it’s the moment, not a lifetime position or part of your identity. It’ s the moment.

Telling people you’re not a believer – because that what atheism is in sum total – no belief – is like coming out and telling people that you are gay. But gay is part of what makes you you.

In this way, there is no difference between people who accept religion without evidence or ghosts or big foot or anything where there is no reason to accept a positive claim – and proof is required by those who make the claim.

Now, I continue to use atheist to ensure a degree of common reference for discussion purposes, but I am not an atheist – I am a naturalist.

People who want to accept claims that are outside of nature is fine for them, but if they want others to accept their unnatural claims, then bring on the evidence because I have changed the rules of engagement by changing the context of accepting the unnatural claims and defining myself as outside of that – to making the context nature and reality – which makes sense, because claims outside of nature and reality should have the harder position to defend and not be the context for the discussion. 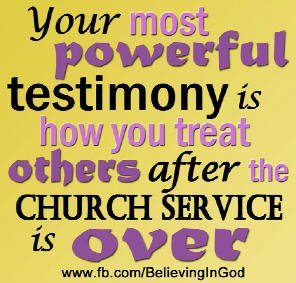 What the world needs now is empathy and compassion

spectrum of the universe is towards equality

To that discussion end, Random Ntrygg’s atheist blogdex is a newest to oldest quick reference:

Atheists are the New Gays

Questions from a High Schooler

We could end bigotry and oppression overnight

Beauty Possibilities within a Christian Context

Senior asks to die with dignity

The Individual as the Social Unit of Consequence

Book Exchange with Experiment in Religion

This is what’s fucked up with religion

Throwing Herod Over the Western Wall

Xena and Gabrielle (Season One)

Break it Down – Canada should welcome Gay Immigrants

Why Not Fix It Now

There is a Reason for Everything

Right to Die in BC Court

Never too Late to undo Injustice

An Experiment in Books

The Cost of Acceptance

Does the West Envy the East?

Did you Know? (US Constitution)

No Religious Test for Office

Need to be Told (Bountiful in tax court)

Life – A Quality vs Quantity Matter

religion as a syndrome

Another reason why we can’t talk

How to Known When…

Getting Skeptical about Woo Juice…

There be monsters, but who makes them?

I Don’t Know What to Believe Anymore

Florida Lawsuit for retaliation against Atheist

You know it’s Wrong – a Guide to Religion

Coatless Canadians Back in Canada

Coatless Canadians in the Inside Passage

Religion is a conspiracy theory

Everybody Needs Somebody…to look down on

Imposing Your Will Upon Others

A Christian Asks “What’s your take on Creation?”

Everyone’s an Atheist of some magnitude

Dividing the nation by God

Question of Life and Death

Life is Meaningful because it’s finite

When is racism not racism?

Brief Thought on Existence and the Meaning of Life

Inequality Begins with Heaven and Hell

The Pope and Hippies

Religion is a thin veneer

A Skeptic’s Arguement For Free Will

With All Due Respect

Why did God create evil? (via 500 Questions)

How to Stop Holding Yourself Back

Why Nonbelievers and believers can’t talk to each other

US Civil War Rages On

Patriotism – a US v Canada Debate

Freedom of Speech and Religion

Atheism is to religion as rehab is to addiction

Who really benefits from abortion clinics?

Marriage: Keeping It Yours

Elvis: not a rebel, but had a cause

An Evergreen Guide for Undecided Voters

The problem with Common Sense

Who’s in control of heaven?

But Are Things Really Permissable?

Relgion and the Social Contract

The Safe Word is Atheist

Grand Unification Theory of Everything

One Nation, Many Gods

Bible is Best Proof Of Being Fiction

The Season is the Reason

Atheist in the Electric Chair

Atheist is not a pejorative

Legal Prostitution is Coming to Canada

Burning the Other Side

Funny Things About The Religious Righteous

If You Say it Loud and Often Enough…

Faith is Belief Absent of Proof

To Breed Or Not To Breed

What good has Christianity done?

Why I am not a believer

For the Greater Good…

The Fallen and Their Family Values

Which Rule Is It?

Children die while the G8 Fiddles

Certainty in the Uncertain

If Atheism is a religion, then….

where do morals come from?

Brains, Sense of Self, Coma Patients and Intentions

Respect the right to but not the belief

Does discrimination lead to becoming a terrorist?

religion is force of evil

Why are Believers intellectually dishonest?

A Country’s leader should not be Evangelical

isn’t hypocrisy  of the believers, proof of no god?

Are people of the religious right insecure?