Theist: posting name: “against lies”
Why do so many people believe in God if there isn’t one?

Atheist Nina: because people who get to be powerful enough to run the religion ensure that not being in the religion means death or social exile. this is why any group that a religion doesn’t like is characterized by immoral, criminal, stupid and willfull children
people are heard animals, so we follow the leader for the most part

Theist: “against lies”
I would rather believe as not to believe.

Atheist Nina: so, you’re putting at the center of your life a collection of stories that bear no resemblance to reality instead of putting that effort into giving yourself value and meaning in your cultural context?

Theist: “against lies”
I agree that there is a lot of unanswered questions, but there has to be a higher power.

Atheist Nina: we don’t know the answer, so it’s left blank
we do not need to insert evil skydaddies who cause so much pain and suffering by their retarding scientific and social progress as well as messing people up with sex and other things
the cost of believing is too high to be decided on a shallow comfort level and personal preference

Theist: “against lies”
To call that power God is acceptable.

Theist: “against lies”
I would become depressed if I had to believe
in no God.

Atheist Nina: believing in a god and believing in no god is the same amount of effort.
just have no belief in gods
take control and responsibility for your own life, how you are, what you do and what kind of person you are.
if you don’t think you can do that without an invisible friend watching out over you
dude, when you learn to swim, at some point the water wings have to come off.
take a day and try to pretend that there’s no god
the world didn’t change, the sky didn’t fall
keep trying it

so, in the upcoming war between Believers vs Non-Believers – since Believers will win on numbers alone, do you think they’ll give a token remembrance to us geeky atheists and refer to the new age of faith as Dark Ages 2.0

and in another location…. 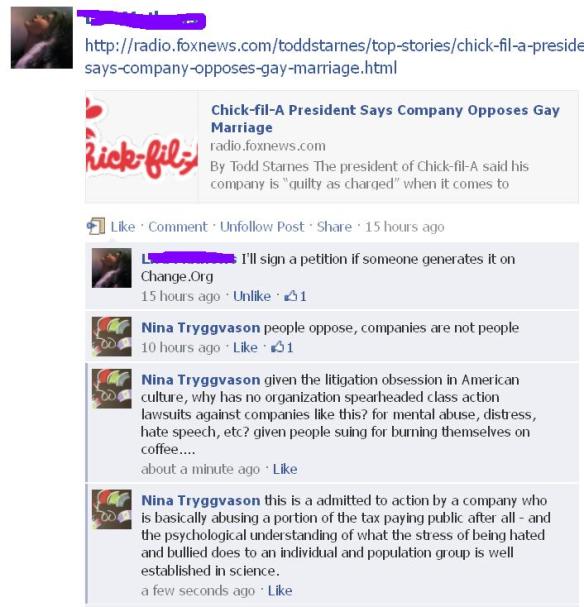