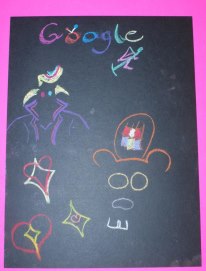 Suzanne is an amazing person to take a film workshop from.

here’s some tips from her current newsletter for indie producers

TEN TIPS TO GET INVESTORS

(AND KEEP THEM COMING BACK!)

1. Mine your own network of people. Call everyone you know (your entire “Map of

Relationships”) and tell them exactly what you are doing — and make a request!

2. Do more networking! Go to events and get to know more people and tell them what you are up to.  Be clear, brief and specific.

3. Find other great people who can help you. Offer them an Associate Producer’s fee and credit if they are able to sell a minimum number of “units” in your film.

4. Offer an Executive Producer Credit on a single card in the main titles and on  the DVD cover and poster to people who buy and or sell a larger number of units  (i.e. our number was six units). Many people who are looking to start their own  film company really liked this opportunity.

5. Talk to Sales Agent and ask if they know anyone who might be interested in investing in films or if they themselves are interested in buying units.  One of our Sales  Agents was interested in purchasing two units on one of our films.

6. Hold a fantastic Sales Presentation and have some of your team/key attachments there if possible. For example; your director, line producer, DP or anyone on your team with great credits.

7. Ask your State/Provincial Film Commissioner (if you are shooting in your own state or province) if they would be willing to get investors together for you to  do a sales presentation. This has proven to be very very successful for some of  my students in my Low Budget Film Class.  One of the participants raised her entire budget of $650,000 during the two meetings set up by the Film Commissioner.

8. Buy a unit yourself. It really means a lot to investors that you have invested in your own film.  Just buying one unit is fine.  My last few films were low budget and the units were $7,500 which made it very doable.

9. Get educated on State and  Provincial  Incentives, but also think globally. There is a lot of money out their in the world. My first 3 films ($5 to $10 million) were co-productions with different countries. It may mean teaming up with a producing  partner in another country but well worth it if it means getting your movie made.

10. Give investors a chance to play. Offer the possibility to investors to really have some fun with you by offering a number of things – having a line in the film, being an extra, just being on the set (make sure you have head sets and chairs for them), getting pictures taken with the stars, inviting them to the Wrap Party (at their own expense of course), and perhaps even doing the song for your end roll credits. It’s all about having FUN!  If you are not having fun with all of this,  they won’t have fun and they will go play somewhere else.

in your film, they are investing in YOU.  And of course, offer them a really great

deal. Stand in abundance when you write up your business plan.