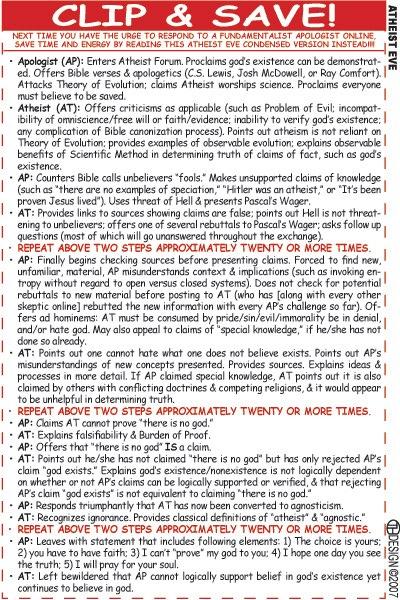 MY God does not bow down to impotent,immoral and pathetic examples of His creation that chose to rebel. They get their due penalty, and dont expect any slowdown. If you have any hope of salvation, bow now to the King of Kings so you may escape the real wrath thats coming for those that reject Him.

This just in…you dont make the rules, and your tears wont help when the day comes that you give an an account of every word you have said about the Lord. You wont find you Topix buddies next to you to support you then.

According to you, all us Topix buddies will be together always

so, you are saying that your god is so feeble as to create “impotent,immoral and pathetic examples of His creation ”

your god was asleep at the switch when we were created?

Oh, you’re saying that we’re the human version of satan so deserve what your god dishes out in response for our failure to go down on our knees?

How is it exactly then that your god is allegedly loving and forgiving?

Are you really saying that your god has such poor self esteem and ego issues that it can only be nice to yes men and suck ups?

Can you really be so sure that your god isn’t just going to turn on you sucks ups once all those who oppose your god are dealt with?

Basically, your god is no different than Ghaddafy in his complex, convinced that the rebelling population is out there as willing human shields for him, when they are in fact trying to evict his butt.

and the less capable you are, the higher the standard – you ensure your own failure

so, do yourself a favour, admit you’re kinky and that it’s no big deal

your impossible and inadequate standards are not shared by everyone

no matter how much you want them to in order for you to feel normal and part of the larger group.

You are already part of the larger group, and since no one is normal, then we all are.

Get over yourself and be your own god, step up and be personally responsible and accountable for the reality around you – what you are doing, what the impact of what you do and say really means

Not your magical inconsistent idealized and sexually violent perception of reality.

You’ll get along better with people that way, in life and on the net.

continue on this path and you are admitting that you don’t want to work and play well with others.

and while playing with yourself has a certain satisfaction level, it’s much funner with others to play along. 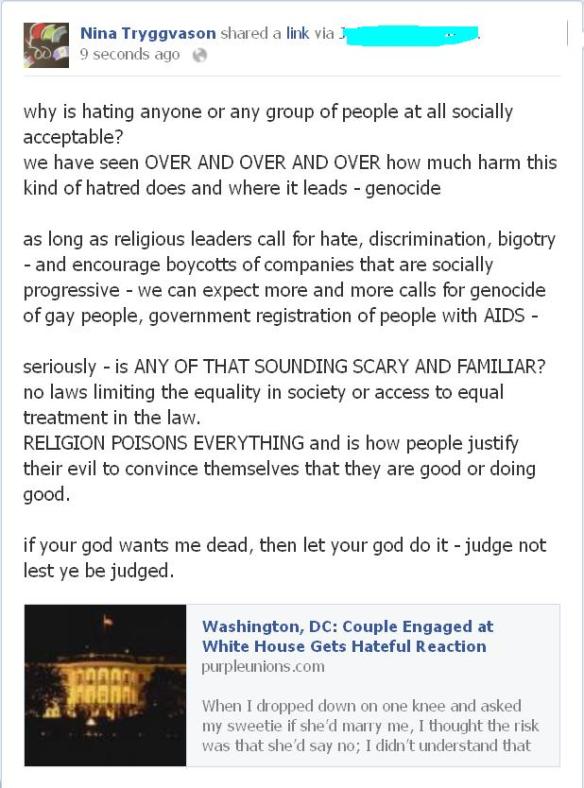