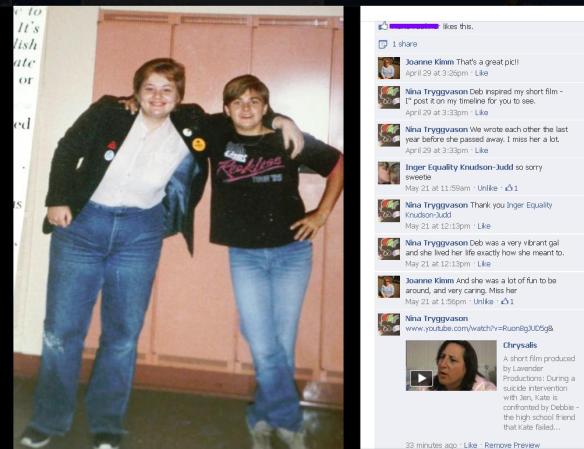 I last saw Debbie in 1985 and the section of the short film, the skipping out conversation happened. Debbie did not commit suicide Debbie died in her late 30s from breast cancer.

We corresponded the year before she died and she had a great last year. As much as one can have under the circumstances.

The suicide storyline was inspired by another friend from another high school and I am happy to report that she and I had lunch this year and maintain regular contact.

it gets better is not just a project

it is a promise

from any adult who was once a teenager

and from all LBGTQ adults to those teens, we too say it can and does get better. 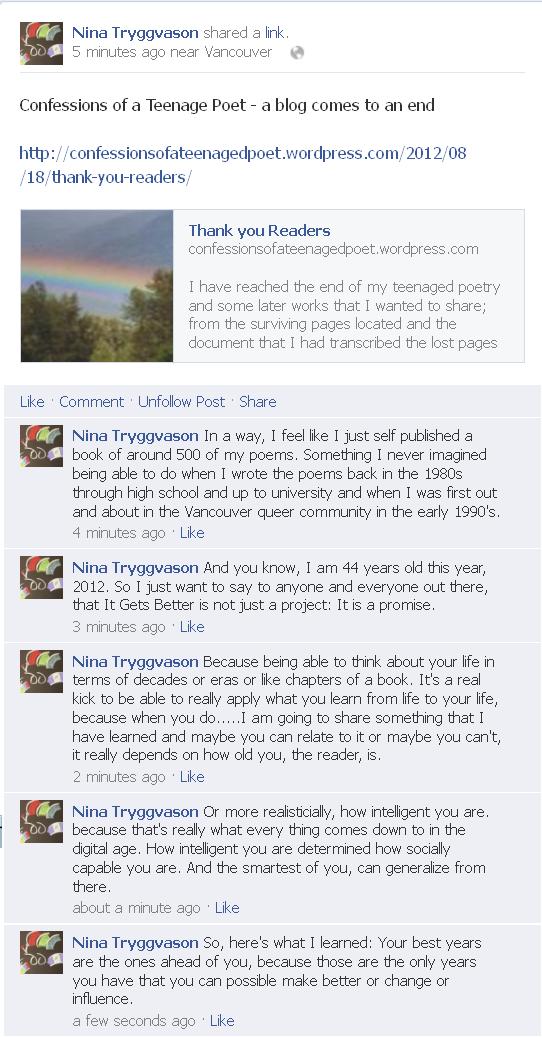