The overlap between “near death experiences”, alien abductions and Satanic ritual abuse survivors is curious.

And not just because a lot of people who claim the experience all have a book to sell you about it.

the tunnel or white light

Near Death Experience or NDE

People who claim to have experienced near death often have died or come close to dying – because it is often associated with surgeries.

But the medical definition of death is a slippery and difficult to define status; there is a clear point beyond which the person is irreversibly dead – but at what pinpoint is it? Brain death, heart/lung death? It’s an important issue when we have the technology for people to be connected to machines to be kept “alive” in pretty much the dictionary meaning and not an meaningful meaning of the word.

In the NDE, the most common hallmarks include:

So, you either don’t fully go into the light or tunnel and are sent back or refuse to go – and wake up in a room where you might be told you “died” on the operating table and from there you put it behind you at one end or write a book and go on a tour to promote your plan for world peace.

The most interesting thing to me about NDEs is that no one ever returns and identifies which religion got it right and telling everyone what we need to convert to.  Which, if this experience was real and factual, you’d think someone would be able to tell us – and that it would be more consistent an experience.

The fly in the ointment is that these experiences can be explained – partly by what occurs in the brain when you are deprived of oxygen and glucose for brain functioning, and partly by how our brains work to understand what we experience.

We are pattern seekers who connect information and events even when there is no connection and we don’t really like chaos,so we impose a pattern or order on our experiences in order to understand them.

The particular pattern or order is very culturally and personal bias dependent.

In the middle ages, people would frame these same events in the context of fairies, elves, goblins, succubus/incubus or maybe angles.

Today, it’s aliens that have largely replaced these “earthier” explanations.

Here are the other two experiences that I think are related to the NDEs – I’ll list their common characteristics and then tie them together. 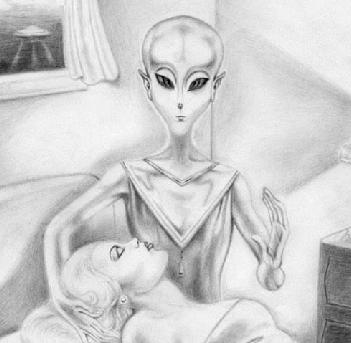 The basic pattern of alien abduction stories is:

Prior to the Betty and Barney Hill claim, the few people who made UFO abduction claims were more widely varied – in terms of describing the aliens, the ship and the nature of the encounter.

However, just like news coverage of a crime taints the jury pool, so does mass coverage of a fantastical claim firm up the basics of the claim for subsequent claimants.

That the FBI conducted an extensive investigation, and that no police force in the US, Canada, UK or really any country has ever discovered evidence for organized satanic cults that were ritually abusing children and killing babies (for whom there is never any birth records and no one seems to specifically report them being missing), means nothing to devotees.

Aside: That’s sadly common, facts and actual evidence tend to not sway woo devotees or conspiracy theorists from their belief. But  considering how creationists reject all of the scientific evidence from multiple areas of science for evolution, it’s perhaps not surprising.

When adults discover that they have been satanically ritually abused, it’s invariably during therapy.

When children claim to be undergoing satanic abuse, such as in the infamous McMartin preschool, it tends to be a blending of a child story telling becoming a contagion made worse by the adult investigators using methods to plant wilder and wilder ideas.

A few years back, I worked at the Vancouver Women’s Health Collective and in our newsletter was a book review of a Satanic Ritual Abuse survivor tale. The volunteer who reviewed the book took the position that it was a pretty comedic book not to be taken at all seriously. Her review about about 300 – 400 words.

A Vancouver area counselor sent in a 20 page letter demanding a retraction and included the claim that 99% of Canadian children are in fact Satanically Ritually Abused.

I had encountered this particular counselor during a public meeting into the meltdown of the Vancouver Lesbian Centre, which had a variety of issues that exploded, but at the centre was a staff member who had acted inappropriately with serious consequences for other people who was fired. She claimed that the Centre had discriminated against her, as they knew she had been Satanically ritually abused.

The letter writing counselors was her counselors. It wasn’t strange that everyone who came to see this counselors recovered memories of Satanic ritual abuse.

It’s always the same counselors or therapists who’s patients are largely Satanic Ritual Abuse Survivors or UFO Abductees. It doesn’t seem to matter what they went to therapy for, they come out with a whole new identity.

And it’s a vicious circle – the therapist layers the Satanic/UFO explanation over the trauma the patient is experiencing, and the therapist becomes known as a specialist in that area – attracting more people who are pre-disposed to beleive in the diagnosis – which in turn reinforces the therapist view that the Abuse/Abductions are occurring.

As to the claim that 99% of Canadian Children are Satanically Ritually Abused – I say that would mean that at least 60% of the Canadian population would be practicing Satanists. That would be a majority of the population, which would mean that it wouldn’t be hidden but openly practiced.

When you think Canada, do you imagine a majority population of child molesting, baby murdering Satanists? 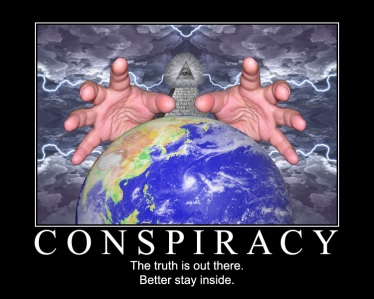 Tying it all together (sorta)

I’ll qualify that by saying I don’t buy into a grand unification theory of anything or everything. The universe is random and nothing is driving or guiding events. Any patterns and causation relationships that we see are more often than not a function of how our brains work than any actual pattern or causation.

What do NDE, Ritual Abuse and Alien Abduction have in common?

And in the middle ages, these would have been encounters with demons, angles, witches – because the experiences are the same, only the explanation differs over the decades.

The main thing is that it gives the person a sense of being special and on a mission.

All three are also claiming special knowledge that the world is not how the rest of us beleive it to be – which is an overlap with conspiracy theorists.

With NDE and Alien abduction, there is a clear physical cause – oxygen deprivation during surgery or perhaps a sleep disorder (like sleep apnea).

With Satanic Ritual Abuse, it is invariably during therapy which includes hypnotic regression – which is too easy for even a well meaning therapist to create the very trauma and memories they have alleged uncovered.

The last thing that each person has in common is that they have experienced something that has taken away their sense of control.

Having a sensory experience that is outside of our normal and understandable experiences is distressing. Any explaination, even fantastical ones, are comforting – especially when we’re the centre of a big story and get to have a mission.

Aside: Which also explains why video games are so attractive – and they also can do funny things to your brain and perceptions. Qualifier: I am a gamer from way back to Atari 2600 days

When you layer a bizarre and disturbing experience with knowledge of the general NDE, Abductee or Ritual Abuse Survivor stories – it’s a potent mix to connect your brain’s experience with pop culture explainations.

The more media coverage a fantastical claim gets, the more people claim to experience the phenomena.

Sort of like how multiple personality disorder was very popular after the book and especially movie version of Three Faces of Eve.

I had a creative writing teacher in college in the 1980’s gush once about a student who was a multiple personality disorder. She went on at length about the hald dozen personalities that would come to class and refuse to accept the homework of “other” students, their other personalities.

I don’t know how long she had been telling this story for, so I asked “And it didn’t occur to anyone that all her personalities were interested in and could show up for a weekly writing class, when they supposedly are unaware of the other personalities?”

The Three Faces of Eve