Shouldn’t both science and politics reflect the actual reality of the society and the environment that we exist in?

and not be subject to people’s personal beliefs or religions or worse, their business agendas.

I mean really, why is it so hard to people to realize that if the situation involved people of different ethnicity, orientations and beliefs  – then you leave your beliefs at home, treat people with manners and courtesy – that the reality we share has to be comfortable and workable for any and everyone.

after all, if you expect to be treated in a certain way, you better be extending that same level back to them. equal under the law and equal in the social contract.
org charts do not determine a person’s value as a person
niether does job titles or the size of a paycheque

but the quality and caliber of their character and how they treat others.

This concert contains the infamous Elvis rant about the media reports and rumors of his being fat and drug using.

While Elvis did get fat and used a lot of drugs, this concert is actually an enjoyable listen.

For the majority of the show, Elvis is in a good humour and very playful with the audience.

I think that being able to hear soundboards or audience recordings are the best way to dispell the false impression that people have of Elvis falling apart on stage.

there were shows where he phoned it in or outright cancelled and his drug use and depression did make him an erratic performer.

It is clear that in the final years, the only place Elvis had any pleasure was performing for the fans – who sadly, loved him to death by accepting whatever product – records or movies – and demanding quantity and not quality from Elvis.

Which was not helped by his management treating him like a bank machine or a money press instead of as a human or as the artist that he really was.

Elvis the man is dead. Long Live the King’s legacy.

let’s remember what he really did and not the false impressions that have been created by people trying to commercialize or capitalize or plain diminish his cultural impact because Elvis really was a humble country boy. He just wasn’t shy and he didn’t think he was better or worse than anyone else.

Elvis was the first and last performer that the whole world could agree on – and before Elvis – no one had heard of being a rock star and now EVERYONE wants to be one. 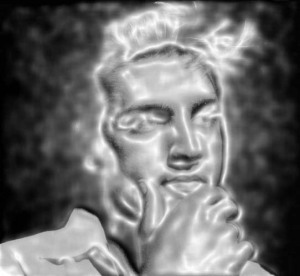 sanitized for you safety